If your actions inspire others to dream more, learn more, do more and become more then you are a leader’ by John Quincy Adams.
The Investiture Ceremony of the School for the academic session 2016-2017 was held in a special ceremony at the school ground. The event was presided over by the Chairman Sir of the school, Mr. Gurdip Walia, Manager Mam Ms. Sonika Walia & the School Principal Ms. Reema Grover. 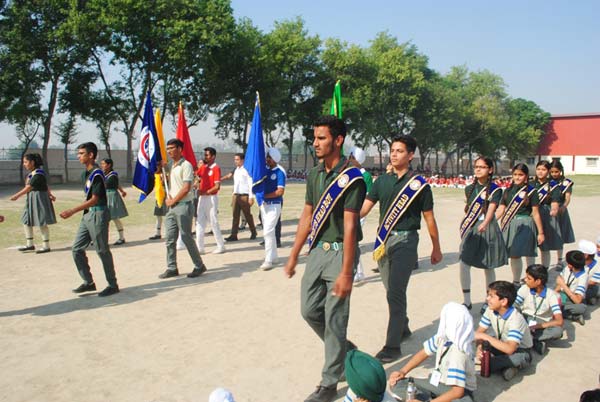 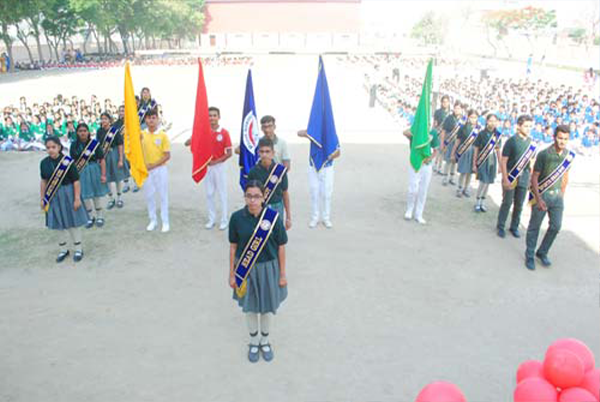 It was conducted with a high degree of sincerity and enthusiasm. The Investiture ceremony denotes investment in being leaders and the trust and confidence we repose in newly invested office bearers for the involvement of the students’ community in the day-to-day functioning of the school since we believe in child-centric approach. The ceremony was held with lots of enthusiasm and gusto. It was initiated with the March Past by the new Student Council, Followed by the pinning of the badges by the Chairman Sir, Manager Mam, and Principal Mam to the newly elected office-bearers. Mr. Gurjeet Singh, PGT English, was nominated as the Council Head for the second consecutive year. He briefed about the formation, role, and duties of the student council in his speech. Our newly elected student council took an oath in front of the whole school to be true to their posts and duties assigned to them. 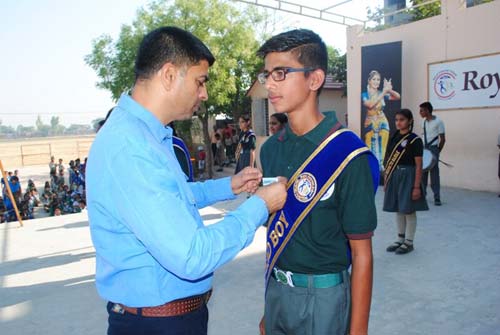 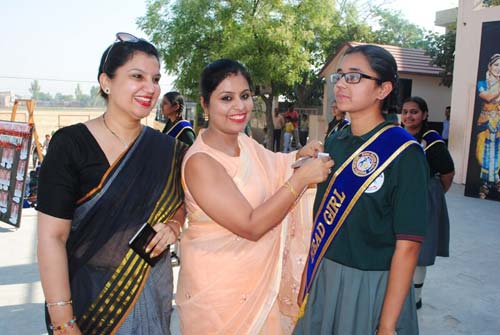 It is remarkable here that the council was elected through a proper election process in which the student of Classes IX-XII participated along with the teachers. This process familiarizes them on how democracy works in the whole world. Few students were nominated on the basis of discipline, academics and behaviour so that they can be role models to their fellow schoolmates.
On this occasion, the head girl of session 2015-16, Rumeet Kaur, shared her memorable experiences with the students and the teachers. Her words were really heart touching. At last, Principal Mam addressed the students and congratulated the new student council. She also appreciated the efforts done by all the teachers to bring out such great ceremony. A special classical dance item prepared under the supervision of Ms. Sandeep Kaur, Music Teacher, was also staged. 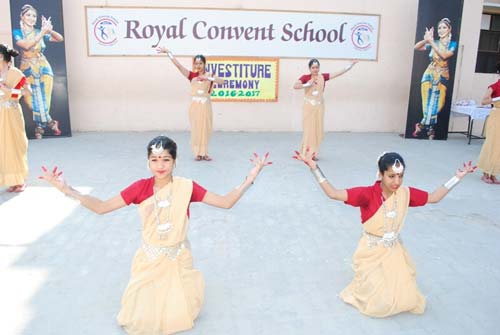